Sleep It Off, Lady: Stories by Jean Rhys 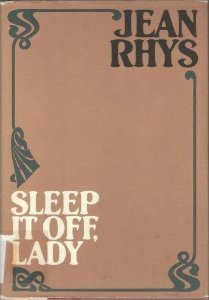 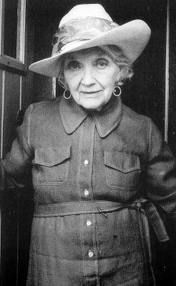 There are authors that I rely on to bring me back from the doldrums that my mind occasionally slips into, and believe it or not Jean Rhys is one of them. I don't know if its her aching sadness that reaches me or what, but something about the way she writes captivates my heart and mind. And feeling the way I felt, well, Rhys seemed like the perfect antidote to soothe my weary soul.

In Sleep It Off, Lady, Rhys has written sixteen short stories that capture the themes of aging, displacement, loneliness, otherness, and so forth.  She has constructed these snippets of life that draw you in and leave you wanting more.  I found myself mesmerized by the characters, places, and worlds she described - their richness, their flaws, their beauty, their reality, etc.  I was smitten with this book and enjoyed every word I read.  It reminded of what a brilliant writer Rhys was and how much I've missed reading great literature (writing that inspires, confounds, and teaches).   The unfettered manner in which she explores her past through her writing is awe-inspiring.  Rhys set her stories in the West Indies, England, and Paris.  She writes of despair and pain with such power and honesty.  Her stories are timeless in their themes and meaning.  This is truly one great book of short stories.

To give you an idea of what she writes about, here are a few of the shorts I loved:  In Goodbye Marcus, Goodbye Rose a young girl named Phoebe begins to spend time with an older man.  She's pleased he finds her good company.  His wife is not happy with all the time the two spend together and let's Phoebe and her mother know.  The next thing you know, the couple is leaving.  And Phoebe is left wondering about this man who grabbed her breast, spoke to her of violent sex and much more.  She believes that he'd seen her as "wicked", which is why he behaved in such an inappropriate way with her.  She also believes that she could never had told anyone about what happened with him, because they would all blame her instead of him.  In the end, she's left feeling "grown-up" and over childish worries (like, marriage and children's names).  So, she bids adieu to  Marcus and Rose (two of the children's names she had picked) and looks forward to the future.

In Fishy Waters, we learn the story of a man named Mr. Longa who has been arrested for child-molesting and cruelty to a young girl (a vagabond child).  Told through letters to the editor of The Dominica Herald and the cross-examination of the only witness, Mr. Matthew Penrice we find out what supposedly happened.  Penrice was walking and heard screams.  He went to investigate and found Longa with a saw in his hand.  He was going to cut the little girl in half.  Penrice claims to have helped the little girl by rushing her to the nearby house of Madame Octavia Joseph and then calling for the doctor.  The doctor examined the little girl and testified that she is recovering nicely, but has blocked out the memory of what transpired that day.  As for Longa, he submits a statement instead of testifying.  He says that the vagabond children always teased him and threw stones at him.  He got fed up and decided to frighten the children by using the girl as an example.  He claims he was only pretending to saw her in half.  He admits to drinking and being too confused to defend himself to Penrice or the police.  Longa makes an appeal to leave the island.  The magistrate finds the case disturbing and speculates that a mistrust between the people and the law (police) make it difficult to handle a case (as there are never any witnesses).  In the end, the magistrate agrees to let Longa return to England.  Penrice pays for the little girl to leave the island and get adopted by a woman in St. Lucia.   Penrice's wife questions his motive's for disappearing the girl and informs him that the islanders believe he is guilty of attacking her.  He claims innocence, but his wife doesn't believe him - "She was trying to fight the overwhelming certainty that the man she was looking at was a complete stranger."

And in Sleep It Off, Lady we meet Miss Verney.  She's an old woman living in small village.  She's has a small cottage and a shed that she wants torn down.  The only problem is that no one is willing to tear it down for her.  She even cries over the shed and decides to ignore it (out of sight, out of mind).  Except, the shed haunts her dreams and soon she is obsessed with it.  Miss Verney even believes that a super rat is living in the shed and pleads with her neighbor, Tom,  to help her get rid of it.   He puts down rat poison and that soothes her mind for a bit, until she sees the same rat again.  Tom assures her that the poison would have killed loads of rats and tells her to drink and calm down.  Miss Verney becomes rather reclusive and OCD when it comes to her home (she believes a clean home is not the place a rat wants to be).  Tom checks in on her, but she brushes him off.  She goes to the doctor and gets medication.  She's been feeling rather odd and he decides she needs injections.  The doctor asks if she has a telephone and she agrees to get one.  He tells her not to lift anything heavy and that he would check on her soon enough.  Back at home Miss Verney returns to cleaning her home.  She heads outside to deal with the dustbins and winds up passing out.  When she awakens she's surrounded by trash and freezing.  She calls out for help and one of the local girls stops to see her.  Miss Verney asks her to get her mom to help her and the girl tells her no.  She tells Miss Verney that everyone thinks she's a drunk and the she just needs to "Sleep it off, lady."  The girl skips away, leaving Miss Verney on the ground.  The old woman settles in for the night in the freezing cold and worries about the Super Rat.  She gets founds by the postman and he tries to help her, but its too late.  The doctor declares she died of cold and shock.  He also admits he was treating her for a heart condition.

Talk about stories that will captivate!  We get a young girl who is sexually abused and unwilling to tell anyone for fear of being blamed.  How sad and heartbreaking!  A kid forced to grow up much too quickly - a story that is timeless and haunting.  As for Penrice...he is guilty to a tee.  That man is responsible for attacking and traumatizing that poor little girl.  The island knows it and so does his own wife.  Throwing money at people covered up his role in the sordid event, but it shed light on his gross and horrific character.  His wife married a stranger indeed!  And poor old lady Verney.  Loneliness can lead people down such sorrowful paths filled with despair.  To fill her time with a Super Rat and whiskey - my heart broke for her.

There are so many other amazing shorts in this book - I could go on and on describing them to you.  But, the truth is that you need to read them for yourself.  You need to get lost in Rhy's words and worlds to fully experience the brilliance that is her work.  And I need to read more of her work.

Happy reading!!
Posted by A Bookish Way of Life at 8:37 AM
Labels: Lady; Jean Rhys; Stories; fiction; literature; short stories, Sleep it Off