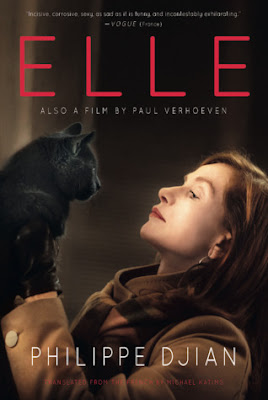 I just finished reading this book and can't stop thinking about it.  Wow.  Just, wow.  It truly epitomizes the term "thought-provoking".

2.  TV shows.  I've been watching RHOBH and TWD.  Oh, and I've been re-watching Seinfeld on DVD.  RHOBH is getting even more ridiculous and I love it. The gals are in Hong Kong, which looks like such an awesome and beautiful city.  Of course, instead of trying to enjoy their trip, they choose to lash out at each other instead.  They fight on a junk boat and that leads to tears.  They fight in a restaurant and that leads to more tears.  And what are the fights about - false accusations, underwear, cocaine, and more false accusations.  Crazy!! By the by, I meant to watch Dancing With The Stars, because even though I don't care for Erika Jayne (from RHOBH), I saw she was going to be on the show and I wanted to see how she would fare.  I heard her first dance was rather raunchy, which sounded about right to me considering her music videos are raunchy with a capital "R".  I remember Rinna being scandalized by EJ's music videos - LOL!  Anyhow, I'm thinking that the lady from Glee will probably win Dancing With The Stars - she's a trained dancer and has been a back-up dancer for tons of pop stars.  I always think it seems like a cheat to have trained dancers on the show competing.  Maybe I'll watch the show next week.  As for TWD, what is going on? When is the gang going to rally all the troops (Alexandria, Hilltop, Kingdom, Heapsters, and Oceanside (will they even join the fight?) and set a plan in motion.  I feel like they need to hurry, because Sascha and Rosita just set things off with their over-zealousness to take down Negan.  Hurry up, Rick!!

3.  Family.  My cousins came to visit and we definitely had a great time catching up.  The only downside was all the food. Yep, we tend to hang out during meal times and that is not good.  Well, its not good for me, because I fell off the wagon when it came to WW. Ack! I ate all the foods and enjoyed it.  Of course now I'm paying for it all - ugh!  I am back on track, so at least I didn't just stay off the wagon completely.  I just need to be stronger and not allow myself to be so easily derailed.

4.  Lent.  40 bags in 40 days is a success.  We are still in March and I've already cleared out several rooms and have gathered 30 bags - woo hoo!  Its like once you start, you can't stop.  I love decluttering! 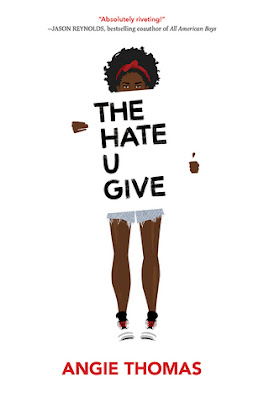 I started this one last night and already LOVE it.  I can totally relate to some of the issues that Starr talks about in this book.  My family and I have talked about race relations and the police. Several of my family members have been harassed by the police with guns - whether it be for driving while brown or for identifying them for a crime they didn't commit.  Its terrifying and unfair and makes you feel helpless.  The people that are supposed to protect you are the ones trying to hurt you - say what?!!  Yep, that is reality.  Now, I'm not saying that my family endures these situations day and night, but they have experienced it.  And, its not just cops.  I've seen my family and friends get followed in a store or completely ignored when trying to make a purchase.  Why? Just because their skin is dark brown!?!  How crazy is that?!  They all tell me I'm lucky that my skin is white, because these things won't happen to me.  Let me just say that I don't feel lucky.  Oh, this book! It is definitely giving me all the FEELS and then some.  I can't wait to get back to it later this weekend.  I have a feeling that this is going to be one book I won't forget.

Happy reading!!
Posted by A Bookish Way of Life at 10:16 AM
Labels: misc., My Friday Five, random

You know how the finale will be for TWD, right? The last few seconds will show them in Negan's camp, something will happen and we'll be forced to wait until October to find out what. I saw some photos of Sasha in a cell and Eugene outside the door talking to her.

You fell off the WW wagon for a little bit but the beauty of WW is that it's easy to get back on. Cheat days are okay once in awhile and they tend to break plateaus for me. I am stuck at my 13 lbs loss and have been for two weeks so a cheat day is coming soon. Still faithful with my journaling but it's making me very aware that I eat the same darn foods each and every week. I am tired of entering the same stuff over and over again.

You have to enjoy your time with your family and can get strong with WW now that they're gone.

Elle is new to me but you've piqued my interest.

I'm glad you enjoyed your family time - it's okay to do that!! You are gonna indulge once in awhile and that is perfectly normal and healthy. Otherwise you'll hate the process and give up completely. :)

Decluttering is the best!! And 30 bags - WOAH that's a lot! Awesome job!

Oh, I love decluttering, too! Not that I haven't gone back looking for something I once donated to Good Will...but, I can't stand "things around my neck" so to speak. I'm pretty good at it, but there's always room for less stuff. ;) Do you take yours to Good Will or some such place, too? I can't be bothered with selling it at garage sales, or eBay.

Thanks Ti, Kathy, Brandie, and M for your positive thoughts and encouragement :) I really appreciate it so much!