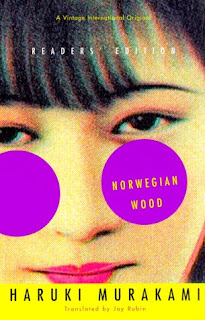 As for me, I'm off to read something Christmas-y, as I am feeling the holiday spirit.  Happy reading!
Posted by Nadia at 2:41 PM
Labels: fiction, Haruki Murakami, Literature, Norwegian Wood, novel.