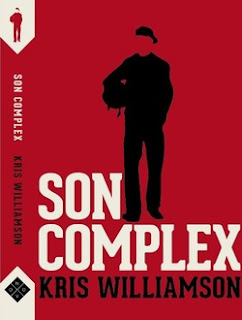 Now, I didn't really go into too much detail with regards to the story, because I really do think its one that you need to read for yourself.  Believe me, you'll want to read about Malaysia, Aaron and Iskandar.  You will want to find out how this young man comes to terms with the ugly truth he discovers.  And you will want to enjoy Williamson's terrific writing all for yourself.  So, go out and get a copy and enjoy!  Fall in deep with this tale of family drama and hidden secrets.
Posted by Nadia at 9:12 AM
Labels: debut, fiction, Kris Williamson, Malaysia, novel, Son Complex