NetGalley has become my latest vice (again!).  I've been requesting books like crazy and as soon as I get approved I'm kindling them like there's no tomorrow.  My kindle is bursting with NetGalley reads!  And, I love it!  Here are a few of the books I've recently added to my TBR list: 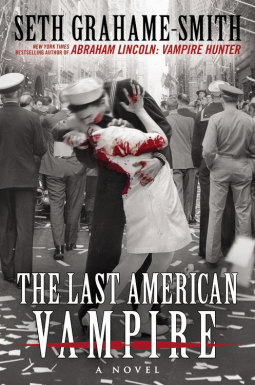 about book:
In Reconstruction-era America, vampire Henry Sturges is searching for renewed purpose in the wake of his friend Abraham Lincoln's shocking death. It will be an expansive journey that will first send him to England for an unexpected encounter with Jack the Ripper, then to New York City for the birth of a new American century, the dawn of the electric era of Tesla and Edison, and the blazing disaster of the 1937 Hindenburg crash. Along the way, Henry goes on the road in a Kerouac-influenced trip as Seth Grahame-Smith ingeniously weaves vampire history through Russia's October Revolution, the First and Second World Wars, and the JFK assassination. 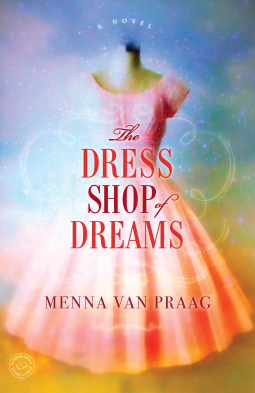 about book:
Since her parents’ mysterious deaths many years ago, scientist Cora Sparks has spent her days in the safety of her university lab or at her grandmother Etta’s dress shop. Tucked away on a winding Cambridge street, Etta’s charming tiny store appears quite ordinary to passersby, but the colorfully vibrant racks of beaded silks, delicate laces, and jewel-toned velvets hold bewitching secrets: With just a few stitches from Etta’s needle, these gorgeous gowns have the power to free a woman’s deepest desires.

Etta’s dearest wish is to work her magic on her granddaughter. Cora’s studious, unromantic eye has overlooked Walt, the shy bookseller who has been in love with her forever. Determined not to allow Cora to miss her chance at happiness, Etta sews a tiny stitch into Walt’s collar, hoping to give him the courage to confess his feelings to Cora. But magic spells—like true love—can go awry. After Walt is spurred into action, Etta realizes she’s set in motion a series of astonishing events that will transform Cora’s life in extraordinary and unexpected ways. 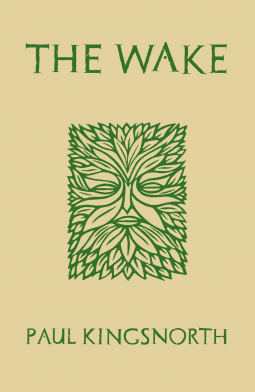 about book:
Everyone knows the date of the Battle of Hastings. Far fewer people know what happened next...

Set in the three years after the Norman invasion, The Wake tells the story of a fractured band of guerilla fighters who take up arms against the invaders. Carefully hung on the known historical facts about the almost forgotten war of resistance that spread across England in the decade after 1066, it is a story of the brutal shattering of lives, a tale of lost gods and haunted visions, narrated by a man of the Lincolnshire fens bearing witness to the end of his world.

Written in what the author describes as 'a shadow tongue' - a version of Old English updated so as to be understandable for the modern reader - The Wake renders the inner life of an Anglo-Saxon man with an accuracy and immediacy rare in historical fiction. To enter Buccmaster's world is to feel powerfully the sheer strangeness of the past. 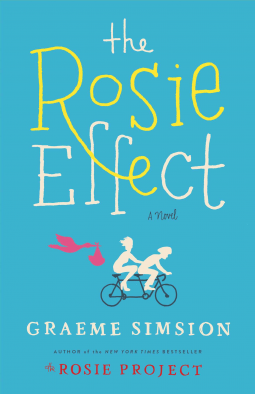 about book:
The highly anticipated sequel to the New York Times bestselling novel The Rosie Project, starring the same extraordinary couple now living in New York and unexpectedly expecting their first child. Get ready to fall in love all over again.

Don Tillman and Rosie Jarman are back. The Wife Project is complete, and Don and Rosie are happily married and living in New York. But they’re about to face a new challenge because— surprise!—Rosie is pregnant.

Don sets about learning the protocols of becoming a father, but his unusual research style gets him into trouble with the law. Fortunately his best friend Gene is on hand to offer advice: he’s left Claudia and moved in with Don and Rosie.

As Don tries to schedule time for pregnancy research, getting Gene and Claudia to reconcile, servicing the industrial refrigeration unit that occupies half his apartment, helping Dave the Baseball Fan save his business, and staying on the right side of Lydia the social worker, he almost misses the biggest problem of all: he might lose Rosie when she needs him the most. 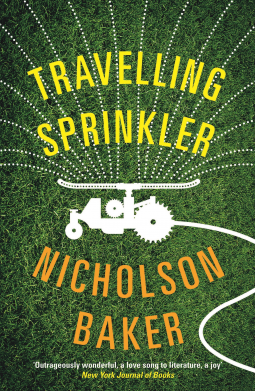 As he struggles to come to terms with Roz's new relationship with a doctor, Paul turns to his acoustic guitar for comfort and inspiration, and fills his days writing protest songs, going to Quaker meetings, struggling through Planet Fitness workouts, wondering if he could become a techno DJ, and experimenting with cigar smoking. 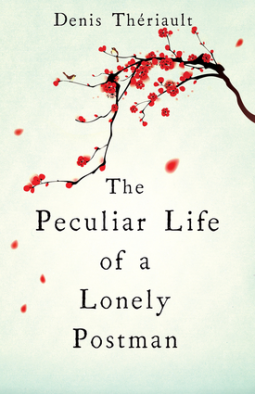 about book:
A beautifully tragic and thought-provoking tale that perfectly reflects the elegance and style of Murakami and the skill and plotting of Julian Barnes, Bilodo lives a solitary daily life, routinely completing his postal rounds every day and returning to his empty Montreal apartment. But he has found a way to break the cycle—Bilodo has taken to stealing people's mail, steaming open the envelopes, and reading the letters inside. And so it is he comes across Ségolène's letters. She is corresponding with Gaston, a master poet, and their letters are each composed of only three lines. They are writing each other haikus. The simplicity and elegance of their poems move Bilado and he begins to fall in love with her. But one day, out on his round, he witnesses a terrible and tragic accident. Just as Gaston is walking up to the post-box to mail his next haiku to Ségolène, he is hit by a car and dies on the side of the road. And so Bilodo makes an extraordinary decision—he will impersonate Gaston and continue to write to Ségolène under this guise. But how long can the deception continue for? Denis Thériault weaves a passionate and elegant tale, comic and tragic with a love story at its heart. 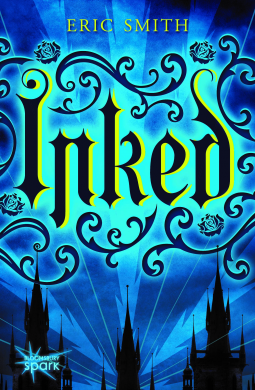 about book:
Sometimes your only chance to survive, and what you most fear… is to be INKED.
Tattoos once were an act of rebellion. Now they decide your destiny the moment the magical Ink settles under your skin.

And in a world where Ink controls your fate, Caenum can't escape soon enough. He is ready to run from his family, and his best friend Dreya, and the home he has known, just to have a chance at a choice.

But when he upsets the very Scribe scheduled to give him his Ink on his eighteenth birthday, he unwittingly sets in motion a series of events that sends the corrupt, magic-fearing government, The Citadel, after him and those he loves.

Now Caenum, Dreya, and their reluctant companion Kenzi must find their way to the Sanctuary, a secret town where those with the gift of magic are safe. Along the way, they learn the truth behind Ink, its dark origins, and why they are the only ones who can stop the Citadel. 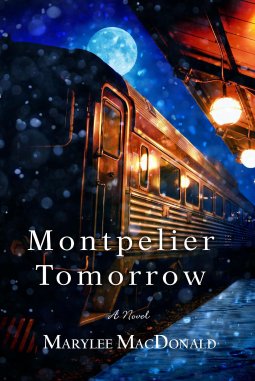 about book:
Mid-life mom, Colleen Gallagher would do anything to protect her children from harm. When her daughter's husband falls ill with ALS, Colleen rolls up her sleeves and moves in, juggling the multiple roles of grandma, cook, and caregiver, only to discover that even her superhuman efforts can't fix what's wrong.
What do you think?  Not a bad bunch, eh?  Any suggestions on which one to read first?  I'm leaning toward The Last American Vampire - its different from what I've been reading lately, which is what I want.  Hope you all are immersed in some great reads as well.  Happy reading!!
Posted by A Bookish Way of Life at 8:41 AM
Labels: fiction, NetGalley, novels, upcoming reads, various

It looks like you've got some great reads there. I hope you have time over the holidays to enjoy them. Merry Christmas!

Lark, thanks! Merry Christmas to you as well. And, Happy reading!!

I'm looking forward to The Rosie Effect, too, but I have to read the first one before!

Merry Christmas to you, dear Nadia!

I love the cover of The Wake. Simple but effective. I think that is a traditional 'green man'. Don't know what to recommend though as I've not read any of those titles. Happy New Year, Nadia!

Oooh, Inked looks good! I have to go see if they still have it. Man, here I am on the 1st day of the year already abandoning my backlist reading goal. ;)

Netgalley is a total vice. I have stacks of books in there and my percent read/reviewed isn't nearly what they tell me it should be! I have The Dress Shop of Dreams too. I can't wait to get to it.

I have The Rosie Effect, too, but I haven't even read The Rosie Project yet! I don't know where you find the time to read as many books as you do; I'm quite envious. The books I'd put on hold at the library months ago all came in this week. Of course, after waiting for weeks on end, they're due in 21 days...I'm going back to buying them on my kindle or nook. Stupid library. Glad you have net galley, which sometimes does, sometimes doesn't, have all that I want.