The President's Hat by Antoine Laurain 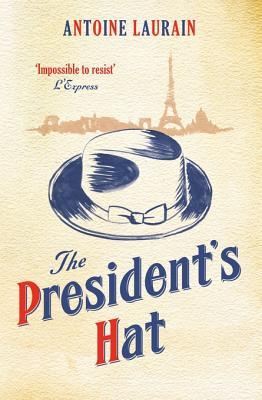 Remember how I said I loved The Red Notebook?  Well, I still do, but now I love The President's Hat even more.  Yep, this bestselling novel by Antoine Laurain is simply the BEST.  It is chock full of interesting and unforgettable characters, a special black felt hat, a man on a mission, and the magic of faith in one's self.

Its Paris in the 1980s.  Daniel is out dining alone.  His wife and son are out of town.  He's craving a reminder of what it was like before he was married - a bachelor evening.  So he winds up in a posh restaurant ordering a delicious seafood platter and a bottle of wine.  He's enjoying his meal when he notices that President Francois Mitterrand and two other men have been seated at the table next to his - oh, what luck!  To have such a powerful man within close proximity of him - talk about a thrilling experience!  So, for the next two hours, Daniel drags out his meal, while he listens in on Mitterrand's dinner conversation.  He even imagines that he is the fourth diner in their group.  And then the President of the Republic is gone.  Poof! Just like that, the magic of the evening is over.  Daniel muses over the excitement he felt and the realization that he will never be able to eat oysters again without thinking of the sentence, "As I was saying to Helmut Kohl last week."  As he looks around the restaurant and gets ready to leave he spots a black, felt hat.  The President's hat!  Quick as cat, he grabs the hat and walks out wearing it.  From that moment on, his life is forever changed!  And so begins, the whimsical and delightful tale, The President's Hat.  A story about a special hat that will affect its owner in the BEST ways possible.

Now, I don't want to give away what happens to Daniel and the hat, because that would ruin the story.  Suffice it to say, the hat finds itself sitting atop a number of people.  Yep, Daniel loses it!  The horror, the horror!!  Of course, the lucky few (a woman, a nose, and an art collector) who find themselves owning the hat wind up enjoying life just a bit more than usual.  I'm serious.  Lives are changed because of a black Homburg.  I'm talking, relationships are broken and mended, political allegiances are changed, a master of scent is reawakened from his dark fugue state, and so much more.  The power of this hat is magical and mythical - it is truly amazing!  I must tell you that Daniel didn't give up on finding his hat - nope, he's determined to wear it once more.  Then again, he's not the only one searching for it...hmm...I wonder who else might want that hat?

Talk about a wonderful story!  A hat that somehow provides people with the strength, inspiration, and courage to go after what they truly want in life (and they get it, too!).  I love how an accessory can make someone feel like a new person.  Like, Mitterrand's "power" somehow seeped into the hat and these lucky strangers were able to feel it and use it to their advantage.  And the story Laurain weaves about this hat's journey and the lives of the people it affects make for quite an unforgettable read.  Such a truly great story!  I absolutely loved getting to know each and every one of these characters and the ways in which the President's hat changed them - it was awesome.  Plus, it was set in Paris and the beauty, richness, and vibrancy of the city leaped off the pages. The people, the culture, the politics, and art - it all screamed France.  And, I loved it!!

I would happily recommend this book to fans of Laurain's other novels (yes, he has more, but only The Red Notebook and The President's Hat are translated into English) and fans of French literature - you will fall in love with Laurain's writing and storytelling.

And now, I'm off to read blog posts from my fellow Francophiles who are participating in Paris in July.  Adieu! 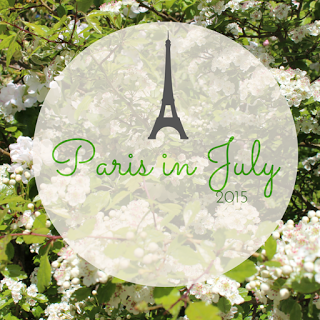 Posted by A Bookish Way of Life at 10:43 AM
Labels: Antoine Laurain, fiction, French, Literature, novel, Paris in July, The President's Hat

What a fun idea for a book! I could almost see it as a picture book, too.
And can you believe I'm still waiting for them to "process" The Red Notebook at my library? Maybe I'll get it by Christmas. :)

Lark, a picture book would be perfect! It really is a fun book. Fingers crossed you get it before then - LOL!

This sounds so wonderful and you're a lively storyteller yourself! Thanks for sharing this book. I'll definitely keep it in my mental TBR list. As for my Paris post, I have a review on Suite Francaise the movie.

Oh dear... another book for my tbr list ;-)
I've already started one for next year's Paris in July!

Ohh-I am going to have to check this one out.

I'm so glad that you loved this one too (even more). I have The President's Hat sitting in my TBR I need to read it!

Another title to add and I love the idea of the story I am sure there are items of clothing that can make us feel empowered, I have a pair of boots that make me feel I can do anything.

I've seen this book a few places and it just seems like a really fun reading experience. I hope to pick it up before too long!

Thanks so much for your comments! I really do hope you all enjoy The President's Hat as much as I did - it truly is a wonderful book. Cheers!!