Eggshells: A Novel by Caitriona Lally 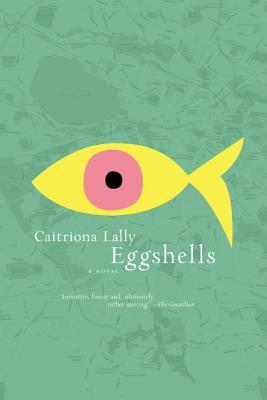 
A whimsical, touching debut about loneliness, friendship and hope…

Vivian doesn’t feel like she fits in — and never has. As a child, she was so whimsical that her parents told her she was “left by fairies.” Now, living alone in Dublin, the neighbors treat her like she’s crazy, her older sister condescends to her, social workers seem to have registered her as troubled, and she hasn’t a friend in the world.

So, she decides it’s time to change her life: She begins by advertising for a friend. Not just any friend. She wants one named Penelope.

Meanwhile, she roams the city, mapping out a new neighborhood every day, seeking her escape route to a better world, the other world her parents told her she came from.

And then one day someone named Penelope answers her ad for a friend. And from that moment on, Vivian’s life begins to change.

Debut author Caitriona Lally offers readers an exhilaratingly fresh take on the Irish love for lyricism, humor, and inventive wordplay in a book that is, in itself, deeply charming, and deeply moving.

Quirky and offbeat - those are my favorite types of characters.  They are the ones that march to the beat of their own drum and view the world through neon-green lenses.  They are unique and fascinating. And they are unforgettable.  So, I was thrilled to when offered the chance to read  Caitriona Lally's novel, Eggshells - the story of a quirky gal named Vivian.  How could I resist, right!?!

Vivian is definitely odd.  Her parents told her she was a "changeling" - something she still believes.  She's always looking for the entrance to the world she knows she belongs in.  The only downside to being different is that not everyone understands you - like, at all.  Vivian's family talk down to her.  Her neighbors think she's crazy.  And her friends are nil.  Yep, Vivian is lonely.  She wants a friend.  So, she decides to find one - the only requirement, the friend must be named Penelope.  And we are off.

Eggshells is a character-driven story to the max.  Its slow-going and doesn't really have a plot.  The story is more like a snapshot into the life of Vivian and her plan to make a new friend.  Nothing much happens, except the daily goings-on of life itself.  I enjoyed learning about Vivian in this way.  My only quibble, is that I would have liked to learn more about her past.  And I did feel like the story just sort of petered out and ended.  I feel like oddball characters tend to have adventures of some sort and that Vivian's story didn't really have one.  I suppose I just wanted "more".  I feel like I thought the story would be one way and it turned out to be vastly different than what I had expected.  Not necessarily in a bad way, just not as good.  I just feel like I was reading and reading, but not really getting anywhere with what I was reading.  Does that make sense?

At the end of the day, Eggshells was an okay read.  It was solid writing, but nothing much happened with the story.  Vivian was interesting-ish, but I will admit I tired of her early on.  I'm not really sure I'd recommend this one.  So, definitely check out what other bloggers have to say about the book before you decide to check it out or pass on it.  Here's the link to the TLC Book Tour schedule for: Eggshells 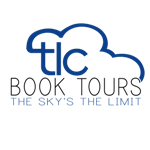 Thank you to the publisher and TLC Book Tours for providing me with a copy of this book!
Posted by A Bookish Way of Life at 4:58 AM
Labels: Caitriona Lally, Eggshells, fiction, novel, TLC Book Tours, Women's Fiction

I hate books that just kind of peter out at the end. Have an ending people! Is that too much to ask? :D

It sounds so promising but then disappointing. Thanks for your review.