1.  Lent.  I'm copying Lisa from Lit and Life and will be joining her in giving up clutter for Lent.  Its called 40 Bags in 40 Days.  Wish me luck!

2.  TV shows.  The Oscars were too long and the host shouldn't have been hosting as much.  And that mistake at the end was ridiculous.  How utterly embarrassing for all involved.  I felt so badly for La La Land and Moonlight.  The former for learning that they didn't win just after giving thanks to everyone who helped them to win.  And the latter for being overshadowed by this HUGE mistake.  Moonlight didn't get the proper announcement for winning, nor did they get the allotted time to thank anyone - such a disappointment for them.  What a mess!  I should have watched TWD instead.  Then again, this episode was Eugene-centric, so it wasn't a huge draw for me. I do like seeing him tell his little white lie again, especially since its to Negan and the Saviors.  I could care less about Dwight and Sherry - ugh!  I'm just looking forward to Rick wiping that smirk off Negan's face one day soon.  As for RHOBH - whoa! Rinna finally copped to the fact that she did tell Eden that Kim is near death, still drinking, and that Kyle enables it all.  Yep, she apparently thought about it and dug deep and came to the conclusion that she was upset from Game Night and had told Eden all of these lies in anger.  So, she heads on over to Kyle's Dessert Night (what is with all the themes at Kyle's), where Carnie Wilson (yes, she of Wilson Phillips) was providing cheesecake bites from her company, Dessert Bites.  Rinna tells EJ and Ashley before she tells Kyle or Kim the truth.  Of course, when Carnie comes rushing in to ask why Rinna isn't eating her desserts, the gals head outside to eat and  argue.  Rinna decides to tell her truth to Kim in front of everyone - why?  Why is it no one can ever have a normal conversation in private?  I suppose its because it wouldn't make for good TV.  Anyhow, the women argue and in the end Carnie tries to bring them all together.  Talk about bonding over cheesecake - reminds me of an episode of The Golden Girls. 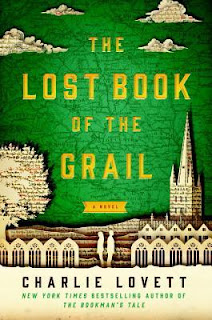 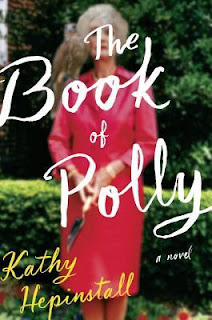 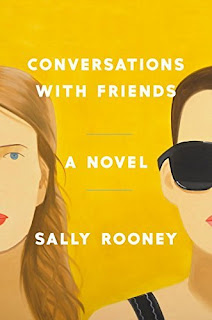 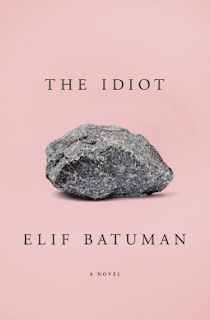 4.  Gym and WW.  Well, its been two months now.  Its been hard and rewarding at the same time.  And so far, I've lost 12 pounds.  Its not the 15 I hoped to be down by when February ended, but I'm getting there.  I figure that if it slowly comes off, it will stay off.  Either way, I'm happy and I plan on keeping up my new routine.  What do you think? Any recommendations? Let me know.

5.  Ryan Adams.  I just downloaded his new album, Prisoner. I love his music.  Its country-rock with a twist and I think its ace.  I've been listening to his new tunes all week long:

Hope you have a great weekend!! Happy reading!!
Posted by A Bookish Way of Life at 6:04 AM
Labels: books, etc., music, My Friday Five, personal, random, TV

Between illness and some unexpected drama at my house, I have yet to fill one darn bag. I'm going to have to get all over it this weekend! How are you doing with 40 Bags?

Lisa, I am starting tomorrow, too. I feel like life got in the way too much this week. However, I plan on tackling 5 bags this weekend :) Good luck to you!! Hope all the illnesses are gone and the drama is over. Sending good vibes your way :)

Yay on the weight loss. I am down 11 lbs. I am on a plateau right now but I am okay with it.

Your TV recap made me laugh.

Your new books look good. I have to get through Ulysses before I can get too excited about anything else. I plan to read at least 100 pages this weekend. Can it be done? I really need to read 200 but hey..

Ti, thanks :) Congrats to you!! And you will definitely get over that plateau soon enough - you can do it!!

TV is so crazy lately - I love it!

They do look good, I just hope they are. As for Ulysses - you will get through that behemoth and be so proud. Good luck on getting through 100 pages (or more) this weekend!!

Nadia - 12 lbs is AWESOME!!! Congratulations!!! Slow is good because it will stay off. I think you're doing great!!

I love the idea of decluttering for lent!!

Have a wonderful weekend!!

Brandie, thank you :) Yes, slow is good, right? That's what I've heard that it will stay off if you lose it slowly. I'm glad you confirmed it :)

Hope you and your family have a great weekend!!

I love the idea of giving up clutter for rent! Good luck with your 40 bags. :)

Nicola, thank you :) That would be awesome if it did and everyone would turn into a bookworm - LOL!