1.  Working out.  Ugh.  Its not fun, but I still manage to drag myself to the gym.  I listen to Missy Elliott, Pearl Jam, Stone Temple Pilots, Kanye West, and anything else that will get me moving. Why can't I be like one of those people who loves to work out?  Do they even exist?

2.  TV.  I'm still obsessed with Real Housewives of NYC.  This season is beyond ridiculous and I love it. The gals were back at Dorinda's home in the Berzerkshires.  Things were moving along nicely-ish and then everyone was telling LuAnn that Tom is still cheating on her and that she shouldn't marry him.  Next up was Ramona and B - let me just say, "Whoa!".  Talk about dredging up the past and petty jealousies for no reason other than to attempt to humiliate people.  Of course, nothing was resolved and now B refuses to talk to Ramona ever again. Oh, and Ramona wrecked Dorinda's bedroom that she was staying in? Talk about being a bad friend.  As for Southern Charm, well lets just say that Shep is turning out to be a bigger tool than I had previously thought.  Not only is he an elitist who makes fun of his friends for shopping at Dick's Sporting Goods, while he heads to a men's boutique for hunting gear.  He's also a major creep who hits on his friends' dates while she's on a date with his friend. Talk about lacking "southern charm". 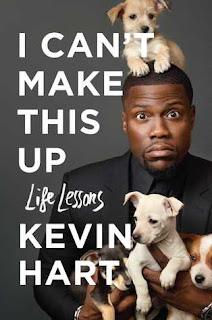 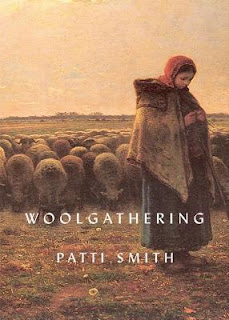 I enjoyed both books so much. I read the Patti Smith in one sitting and mulled over it for days. I loved the whimsical feel to the stories inside the pocket-sized edition I purchased.  I have to admit to tearing up over the story where her dog gets run over - that seriously tugged at my heart.  And I just loved reading about the "woolgatherers" and how she would look out her window late at night for them.  Such a delightful little book.  As for the Kevin Hart book, I really did liked getting to know him through his "life lessons".  I never really knew much about him until I saw him on Oprah one day and ever since that interview I became a fan of his.  I like how personal he gets in his book and how hard he's worked to create his brand and become a household name.  He's talented, determined, and real.  Reading his book made me an even bigger fan. 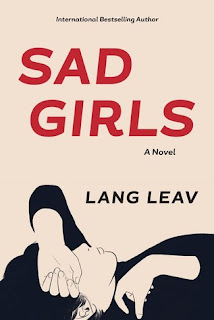 I first came across Lang Leav's poetry via Twitter and I'm so happy that I did, because I absolutely LOVE her work.  So, when I read that she had a novel coming out I immediately ordered it and put aside the weekend to read it.  I sat down with my copy of Sad Girls and a huge cuppa.  I took my time with the story and enjoyed every minute I spent with it.  It was such a terrific read! The story is about a girl who tells a lie - a HUGE lie that changes so many lives in so many ways.  She meets a boy and he's THE ONE, but turns out that he isn't who he seems AT ALL.  I didn't expect that twist at the end and when it came, let me just say - Whoa, Nelly!  Lang Leav has written a gripping story that you won't want to put down for anything.  Its seriously that good.  I can't wait to see what she writes next.

5.  Music.  My tastes have been all over the place lately. I've been listening to Elton John, Pearl Jam, Paula Abdul, U2, Bon Jovi, Hole, and Foo Fighters.  Usually I listen to one band over and over all week, but I can't seem to focus on just one.  This is what I'm currently listening to:

Guns N' Roses! I love this song and the video.  Slash and his guitar - awesome!

Hope you have a great weekend! Happy reading!!
Posted by A Bookish Way of Life at 10:03 AM
Labels: books, etc., gym, misc., music, My Friday Five, random, TV shows

Lol, I definitely do not like working out, but I love running. If that makes any sense? I love it once I'm done...but getting the motivation to do it is hard!

Gosh, I love that video...one of the best ever!
My husband and argue over who is the best guitarist of all time...Slash or Joe Perry...we haven't come up with a definitive answer yet ;P

Brandie, I know what you mean :) Yes! When I'm finished working out I feel great, but its the getting started that gets me every time. Hope you have a great weekend, too!!

Patti, it is! I love that video, too :) Its hard to decide between those two, but after watching this video I lean toward Slash a little more - LOL!

November Rain. I like the song but I used to love it until this one radio station here plays it like 20 times a day.

Ti, me too! Yeah, I think I would be over the song if the radio kept playing it over and over - too much of a good thing is just too much :)