1.  Anxiety.  It sucks. It really does. Mine has been creeping up on me lately. In fact, I had a panic attack the other day and it was the worst. I'm not even sure what triggered it, which scares me.  So, I've started going to the gym again - yes, I stopped going and I realize now that I shouldn't have.  Exercise seems to really help with my anxiety, so I'm going to stick with it. Fingers crossed it helps.

2.  Books. My reading has gone a bit to the wayside. When I'm anxious, I can't seem to concentrate. So, I've been reading magazines - luckily, I had quite a few to read (Vogue, O, Wired, MarieClaire, US Weekly, People).  Although, I did manage to squeeze in a few books here and there: 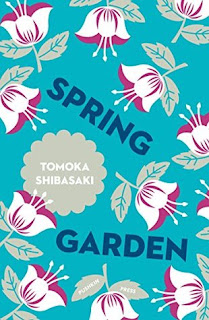 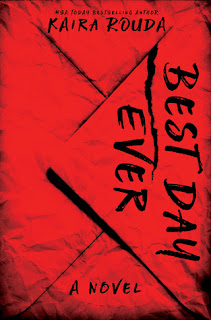 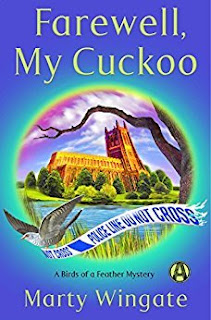 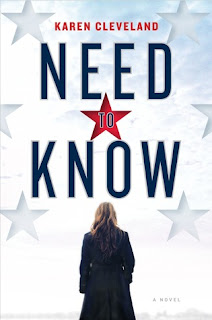 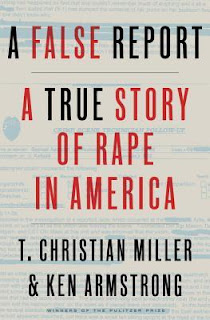 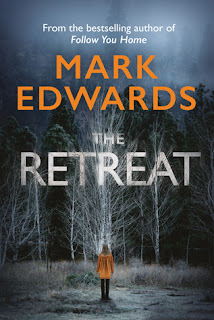 3.  The X-Files. OMG! I am loving this season. It's fantastic! Last week's episode about technology taking over was hilarious. And this week we were introduced to the haunting figure of Mr. Chuckleteeth - that doll was crazy creepy!! My favorite bit was when Scully thanked Mulder for having her back and he replied, "You're my homie."- my heart melted.

4.  The Walking Dead.  Why is Negan still a threat? What is taking so long for Rick to take him down? I feel like this show has stalled and that's why they threw a curve ball at us by killing off Carl. I'll admit to tearing up when Carl was saying his goodbyes, but now that he's gone I have to say that I don't really miss his character.  As for Maggie, what is she even doing? She's leading the Hilltop nowhere.  And why is Dwight still alive - he tortured Daryl and killed Denise?  Oh and Judith - how is she still not talking? Ugh! This show is really disappointing me this season. I hope that this week's episode will finally be a good one.

5.  The Goat Rodeo Sessions. I'm still obsessed with this CD and have been listening to it non-stop lately. I even watched Yo-Yo Ma, Chris Thile, Stuart Duncan, and Edgar Meyer perform music from it on NPR's Tiny Desk Concert series on YouTube. Of course now I'm addicted to watching that channel and finding out which other musicians have performed in the series - my favorites were The National, Neko Case, Natalie Merchant, and this one:


Hope you have a great weekend! Happy reading!!
Posted by A Bookish Way of Life at 6:33 AM
Labels: books, etc., movies, music, My Friday Five, personal, random, TV

I'm so sorry you're having to deal with anxiety and hope the gym helps you. I loved A False Report and The Best Day Ever.

I'm sorry about your anxiety. I hope the gym can help. Whenever I'm suffering from anxiety, I can't focus on reading, either. And all I want to do is escape into a book! I hope things start to get better, Nadia. Have a good weekend!

I'm sorry about your anxiety problems. My Mom had panic attacks a lot when I was a child and then she took hypnosis classes and that really helped her. I'm glad you've found something that's helping you. I hope things continue to improve.

I don't have anxiety like I used to but every now and then it hits me and it's usually because I am overbooked or haven't had enough sleep for a very long time. I hope the exercise does the trick. I like how I feel AFTER I exercise but man, I hate it with a passion.

The Walking Dead is leading us up to something. I really think they are trying to find ways to keep Negan around and to be honest, I wouldn't mind that IF his character changed in some way. I feel that he is really very much like Rick in some ways. Every time he comes on screen, even though his dialogue lately has been really strange, I feel like the show picks up a little. Michonne is such a strong character but she has been reduced to wild-eyed stares. Put her to use! I would be okay if Hilltop burned down. LOL.

I haven't been as in to The Walking Dead since they killed off Glen. It sometimes feels like they've lost their story mojo. I hope it gets better soon. And I hope things get better for you, too! :D Have a good weekend.

I have been having anxiety lately from work. Whew, so glad it's the weekend. I need to hide in a book for a while -- when I'm stressed, all I can do is read! Love the X-Files. We are only on episode 6 of Season 11.

Kathy, thanks :) I saw that you posted about A False Report and that is what got me to check it out - such a good one!

Brandie, thanks so much! You are so right - I just want to escape into a book and its frustrating that I can't. Luckily, the gym has been helping keep my mind focused more, so I have been able to read a bit more (which I LOVE). Reading is definitely my go-to for everything, so I not being able to read has been the worst.

Angela, thank you! I'm sorry your mom had to deal with panic attacks - it rots! Plus, you had to deal with her going through it - that rots, too. I'm glad the hypnosis worked for her :) Exercise really does seem to help for some reason - all the endorphins maybe :)

Ti, I'm glad you don't have anxiety like that anymore - its the worst! I can see how lack of sleep would trigger it and being overbooked. Exercise is helping, which I'm glad about it. Of course getting to the gym is the hard part, but once I'm there I find I really enjoy it. So, your are right - the after part of exercising is the best :) Ti, I'm so with you about TWD! I love Negan - his character would be so much more interesting in they unpacked it a bit more. I want to see more Negan, but used differently. And, I know what you mean - use Michonne! The Hilltop is the worst - get rid of it! LOL!

Dianna, sorry you've been having anxiety from work lately - that is the worst. Yay for the weekends, indeed :) Hiding in a book is always a good idea - I agree with you that its the perfect escape from stress. The X-Files is the best! So glad you love it, too :) I can't believe that there are only 2 more episodes left - ugh! Enjoy catching up on the season :)

I hope your anxiety attacks go away and leave you alone. I have had panic attacks and found Jenny Lawson's two books to be a unique antidote. I have given up on watching Walking Dead, Negan is so violent, when will he be killed? That horrible scene where he made his good guy captives kneel and he killed a fav character, yikes. Come on Darryl and Michonne, my two favorite characters.

Terra, thank you - me too :) I'm sorry you've had panic attacks - they are the worst! I'm going to look up that author right now - thank you!!I'm with you on TWD - what is happening with that show?! Negan is just awful and I'm getting sick of him.