Books.  My reading is all about the e-books lately. Yep, I have been glued to my Kindle and it has been fun. Here's what I recently devoured, thanks to NetGalley: 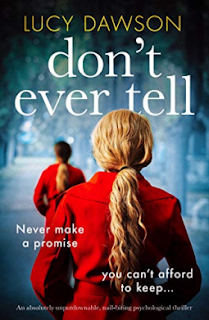 A fun mystery-thriller chock full of twists and turns. I really enjoyed this one, because I didn't see that twist coming. Mainly, because the twist I thought was going to happen didn't happen the way I imagined it would. This is the story of a happily married couple that isn't so happy anymore. The wife is exhausted and trying to squeeze in time for work (she's a writer).  Her husband complains that she is not happy with him anymore. Its a mess. And then one day she meets her doppelganger and life is never the same. That's all I will say. Its an interesting story that does have some predictable parts, but not as many as you would think. The writing is solid, but that isn't what grabbed me. What grabbed me was this idea of the wife's relationship with her doppelganger - what was it and what happened? Anyhow, a good read on a rainy day. 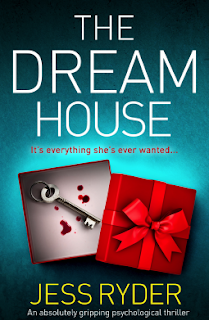 Stella buys a house in a seaside town with the inheritance she received after her parents' passed away. Her boyfriend Jack lives with her in this huge home that she is working to fix up. One night there is a knock on the door - a battered woman asks for help.  Apparently, Stella's house used to be a refuge for abused women. Stella takes her in and decides to help her, even though her boyfriend is not keen on the idea at all. He thinks the woman is conning Stella and tries to convince her to get rid of the woman. Suffice it to say, relationships are broken, secrets revealed, and unexpected visitors show up. Seems that Stella got a lot more than she bargained for with the purchase of the house. Definitely a great mystery-thriller. I was guessing every which way and found myself stymied time and time again. Loved being kept on the edge of my seat. Such a thrilling read! 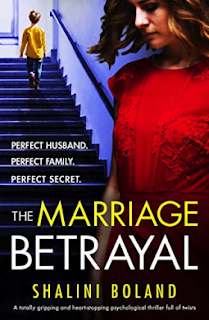 OMG! What a story! Another exciting thriller to get lost in, which I just LOVED!! Faye and her brother-in-law have planned a seaside surprise for their loved ones (their spouses are siblings).  Except, their spouses are not happy to be at the seaside - the sight of their childhood.  Yep, the surprise is a not a good one.  So, they decide to pack it up and leave.  Only, on the day they are supposed to leave Faye's husband (Jake) and son go missing. Say what? Talk about a nightmare vacation! As we get flashbacks to the time when Faye's husband was a teenager, we learn about his past and its not a good one. And as the story unfolds, we learn that maybe Jake isn't really missing after all. That's all I will share, because this was such a good story. You have to read it for yourself! Loved it!! 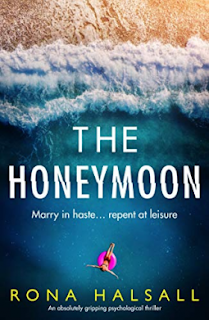 Okay, this was a weird one. I wasn't sure what to make of it, but at the same time I couldn't stop reading it. So, I'm not sure how I feel. I just know that it was definitely an interesting read. Chloe takes care of her grandmother and is estranged from her siblings. She meets Dan and falls in love overnight. They get married right away and fly off to their honeymoon. Except they don't go to their planned destination, because Dan decides to change their plans without telling Chloe.  Unhappy, she decides to go with the flow and make the best of their trip.  Only, Dan is becoming rather controlling - to the point that he is always with her and won't let her out of his sight. She feels suffocated and alone and afraid. Who is Dan? What happened to the man she fell in love with? Basically, Dan is a stranger and Chloe finds herself having to figure out who he is and what he wants from her. Its crazy, OTT, and fun to read. There were parts that I found annoying and unbelievable, but overall, I did enjoy it. A good summer read. 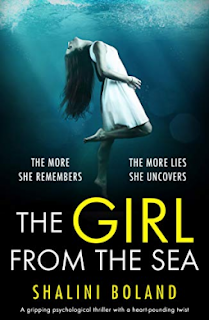 A woman washes up on shore. She has no idea who she is or what happened to her. The police are able to find out her identity. She goes home with her boyfriend, a man she does not remember, and tries to figure out what happened. As the days go by, she discovers who she can and can't trust and how she came to be washed up on the shore.  This was a fun one. I loved trying to figure out what happened to her and if the people in her life were actual friends or con artists. Definitely an interesting read with a great mystery. 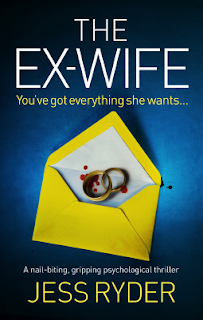 Loved this one! Natasha is young, married, and has a beautiful little girl.  Her life is perfect. Only, its really not. Turns out Natasha's husband is the man she had an affair with. His first wife, Jen, voluntarily left their home (the one Natasha now lives in) and agreed to a divorce. She is dear friend to the family, who all support her and loathe Natasha. And, she is still close to her ex-husband. Yep, Jen is always around and it doesn't sit well with Natasha. Especially, when she learns that Jen and her husband may be rekindling their past love. I won't say anything else, because another twist shows up that threw me. Suffice it to say, this was a fun one - thrilling and suspenseful. 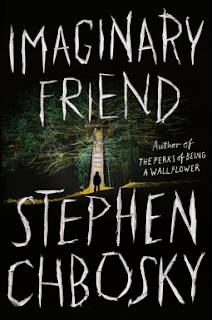 I posted a pic of this title on my IG and mentioned how it was giving me Stephen King vibes. And it did. Only, that stopped half-way through and let me just say I was disappointed. I really enjoyed parts of this story, but as it progressed and we got towards the ending I just didn't like it all that much. Of course, I kept reading, because I was convinced it would get better. Well, it didn't. First of all, this book was way too long - what happened to the editor? Secondly, repetition does not a good story make. Third, what was the deal with that resolution - the ending - ugh. I so wanted to love this one, but it just didn't happen. This is the story of Christopher and his mom Kate - they move to a new town and luck seems to be on their side until is really isn't. And that is all I will say. This is a book that I keep hearing is awesome, but I just don't agree. If you do check it out, let me know what you think - maybe I missed something.

And there you have it, some of my recent reads. What do you think? Do you see a pattern - I'm all about the mystery-thriller genre lately. I like that they are quick reads. Anyhow, hope you are enjoying some great books. Happy reading!!
Posted by A Bookish Way of Life at 10:08 AM
Labels: fiction, kindle, mystery, NetGalley, novels, Short reviews, suspense, thriller

Girl! You are a reading fool!! So many books. I DO read faster on my Kindle... all those page turns.
No Exit is going well so far. It's proving to be a fast read.

You have been reading a lot of good books! I head to the library tomorrow to resupply. Here's hoping there's some good ones in the mix. :D

Ti, I know, right :) I think that's why I like reading on my kindle - the books go by rather quickly. And yes, No Exit is a quick read - glad you are liking it so far.

Lark, they have been fun to read :) Fingers crossed you find some great books at the library!