1. Live From Here.  OMG!!  I can't believe I have been missing out on this show! I found it by accident last night. I follow Claire Coffee on IG - she played Adalind on Grimm (it was one of my fave TV shows).  Anyhow, she's married to Chris Thile (Nickel Creek, The Punch Brothers) and he hosts this public radio show called Live From Here. Originally called A Prairie Home Companion, it went under a name change to distance itself from author, Garrison Keillor, who was the original host.  Suffice it to say, I found this show because of a clip she posted on her IG account. It was Ezra Koenig of Vampire Weekend singing and let me just...OMG! I fell in love with his song and the show.  And, now I am a HUGE fan. Plus, I loved Thile from Goat Rodeo Sessions - the group is made of up Yo-Yo Ma, Stuart Duncan, Edgar Meyer and Chris Thile. I saw that they are working on something new - hopefully another album, because I loved their first one so much. Anyhow, my point is that I am now going to be listening to Live From Here and I'm recommending you give it a listen, too.  Or if you already LOVE it, let me know.  Tell me what I missed out on - I'm trying to watch/listen to old shows of it now. 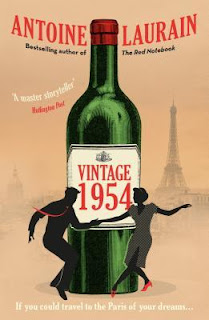 I am finally reading this book. I remember being excited when I got my hands on a copy when it first came out, but then my mood wasn't exactly in reading mode, so I put it aside. This morning, I picked it up and let me just say...I am in love.  Yes, Laurain has once again written a book that has me smitten with his storytelling prowess. I am already fond of the characters and eager to find out where this story will take them. So far, I have read about a possible UFO sighting; the disappearance of a man and his dog; an American couple's dream of traveling to Paris; a Parisian who is actually from Paris and is tied to the building he lives in; a woman who people call "Abby" because she looks just like "Abby" from the American TV show, NCIS; and a young man who really believes that his grandfather did see a UFO.  A motley crew of characters who meet up one night and imbibe a bottle of wine from 1954.  And, that is all I have read thus far. I am excited to find out what becomes of them.  I just know that I am in for a treat - Laurain never disappoints with this tales of life and love that are chock full of whimsical magic.

3.  Books.  I have been reading some suspense/thriller/mystery type of books lately.  Some have been good and some have been a letdown.  Regardless, I am enjoying getting back in the groove of reading on the daily - something that I've been missing dearly. Here are two that I really enjoyed: 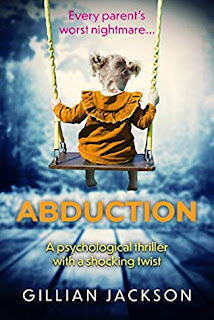 A family is torn apart when their three year-old daughter is taken from the backyard during her birthday celebration.  They are playing hide and seek.  Everyone is having such fun.  Except, the party ends when it becomes clear that the birthday girl has gone missing. The police are called in, searches ensue, and accusations are made.  Life is never the same.  Fast forward 14 years and Elise is pregnant, married, and content in her life.  She's out shopping when she spots a familiar face...Grace.  Her little sister that was taken from her family at three years old.  Convinced that the young woman she spots is her sister, Elise sets off a chain of events that will change her life and that of her family's forever more.

Such a good book! I gobbled it up in one sitting. I did figure out what had happened to Grace, but it was still satisfying to read about.  An engaging and emotional story that does tug at your heart strings, but also gets you riled up to find out what really happened 14 years ago at that birthday party. 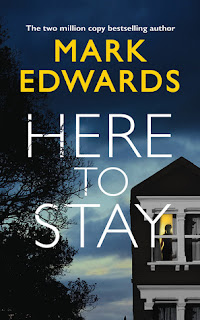 Elliot meets a woman named Gemma.  Suddenly they are in love and getting married three months later.  He is living in pure bliss.  He has a woman he loves, a beautiful house to live in, and a job he is excited to go to each day.  Life is but a dream.  And, then it quickly turns into a living nightmare when Gemma's family turns up to stay for a few weeks.  As the days go by and Elliot finds his new wife turning into an alcoholic, he begins to realize that his new "family" doesn't plan on leaving his home...ever.  They are measuring the walls, ordering furniture, and pretty much settling in for the long haul.  Oh, and their friendly demeanor has turned sour.  Elliot is now living in a home he doesn't consider to be his anymore.  He's angry, confused, and stuck.  Life gets even more complicated when people start to die.  Convinced that his new in-laws are behind these deaths, Elliot realizes that he may just have to take matters into his own hands if he truly wants to be rid of these "Knotweeds".

I'm a huge fan of Mark Edwards' books - they are always fun to read. I love the way he weaves suspense and mystery together - they always make for such thrilling reads. Such a good one!


And now, I'm off to read some more, Vintage 1954.  I'm hoping to get my copy of Stephen King's latest, The Institution, this week. I pre-ordered it, but it hasn't been shipped yet, so I'm not sure when it will get here. The book comes out tomorrow, so I am disappointed that I won't be diving right in.  However, I do have my Antoine Laurain to finish, so I'm okay for now.  Anyhow, let me know if there are any books you think I should be adding to my TBR list. I'm always looking for new-to-me reads.

My mom liked the Laurain book too.

Kathy, she did? Great! I'm glad she liked it :) So far, I am really enjoying it. There is just something about his writing that captures my heart.

I'm always excited to read any book by Antoine Laurain. He's one of my favorite authors. :)