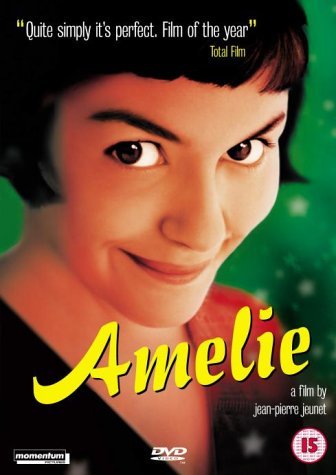 Oh, Amelie! What a delightful film.  I am so happy that I chose to kick off Paris in July with it.  I hadn't seen it in ages and couldn't believe how much of it I'd forgotten - Amelie disrupting Collignon's life with her little bits of mischief (think switching toothpaste with foot cream and pouring salt in his cognac) and her mis-matchmaking skills (Georgette with Gina's crazy ex, Joseph - he cracked me up with his ridiculous tape recorded observations).

What exactly is this movie about?  Its about a lovely young woman named Amelie who has decided to help other people after she reunites an old man with a lost treasure from his childhood.  Each person she helps is someone she knows - her father (who with the help of his beloved gnome she inspires to travel the world), a failed author who frequents the cafe she works at (she scribbles his words on a wall to show him that his writing is worth reading), and a neighbor she befriends (she spends times with him and surprises him with video collages).  And there is Nino, a man she does not know, but feels connected to after she finds his photo album of photo booth pictures (the ones people discard - he tapes them back together).  Amelie finds herself wanting to help Nino uncover a mystery and simply wanting him.

Talk about a fantastic film!! I found myself falling in love with it all over again.  The music by Yann Tiersen is brilliant - it fits in seamlessly with each scene of the film (I have it playing in the background as I type this).  The cast is amazing - they inhabit each character with such ease and authenticity.  And looking at Paris on film is such a treat - I loved how colorful, rich, and beautiful it all appeared to be.  From the Metro to the cafe, I was enchanted.  Jean-Pierre Jeunet's has created a movie that is truly a treat to watch.   I absolutely loved getting carried away in Amelie's life and adventures.  My heat broke and soared with the ups and downs she experienced.  I wanted her to find happiness and confidence with her self, so that she could experience love fully and deeply.  Watching her and Nino together at the end was the absolute best!  If you haven't seen this gem of a movie, then hurry up and do!  You will fall in deep with Amelie, too. 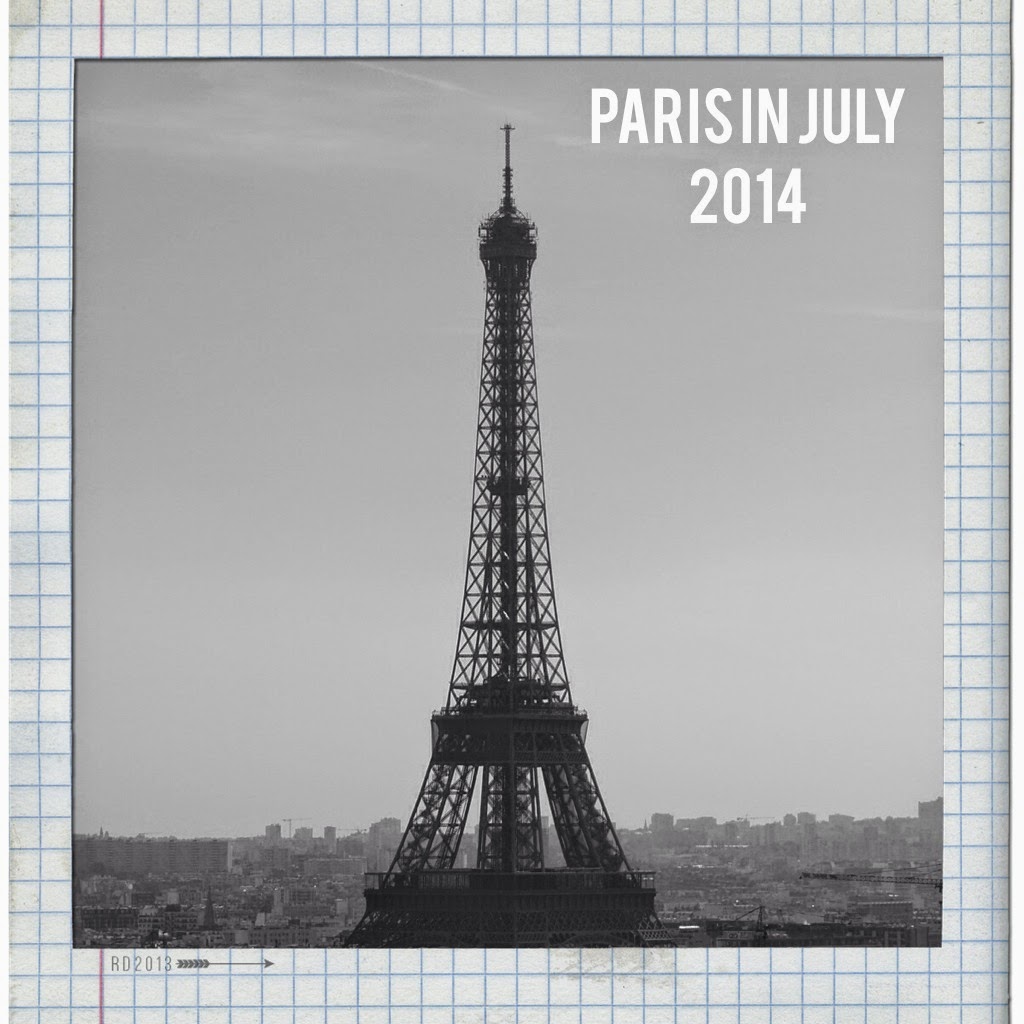 I was thinking about rewatching this movie for Paris in July as well! It is one of my all-time faves. :) One year for Halloween, I went as Amelie dressed in the Zorro type costume. :)

Great movie review too, you summed it up perfectly.

Quixotic Magpie, definitely rewatch it - I swear it remind you of how much you loved it the first time you watched it :) And, I love that costume - how cool! Thanks!

Who could not love watching Amelie again and again..... I seem to always be reminded of this movie in July. I love the images the director captures of the quintessential Paris - and of course Amelie is just one quirky chick! Great to see you review it this year.

Tamara, I know, right?! She is and I love that about her :) Thanks!