Here are a few of the books I've recently added to my TBR wish list: 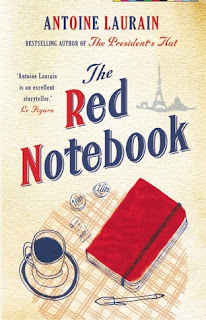 about book (summary from Goodreads):
Heroic bookseller Laurent Letellier comes across an abandoned handbag on a Parisian street. There's nothing in the bag to indicate who it belongs to, although there's all sorts of other things in it. Laurent feels a strong impulse to find the owner and tries to puzzle together who she might be from the contents of the bag. Especially a red notebook with her jottings, which really makes him want to meet her. Without even a name to go on, and only a few of her possessions to help him, how is he to find one woman in a city of millions? 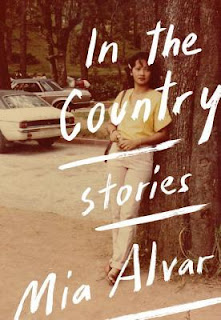 about book (summary from Goodreads):
These nine globe-trotting, unforgettable stories from Mia Alvar, a remarkable new literary talent, vividly give voice to the women and men of the Filipino diaspora. Here are exiles, emigrants, and wanderers uprooting their families from the Philippines to begin new lives in the Middle East, the United States, and elsewhere—and, sometimes, turning back again.

A pharmacist living in New York smuggles drugs to his ailing father in Manila, only to discover alarming truths about his family and his past. In Bahrain, a Filipina teacher drawn to a special pupil finds, to her surprise, that she is questioning her own marriage. A college student leans on her brother, a laborer in Saudi Arabia, to support her writing ambitions, without realizing that his is the life truly made for fiction. And in the title story, a journalist and a nurse face an unspeakable trauma amidst the political turmoil of the Philippines in the 1970s and ’80s. 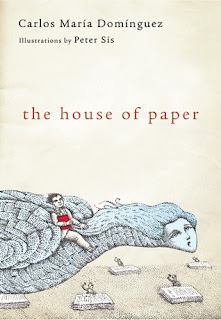 about book (summary from Goodreads):
Bluma Lennon, distinguished professor of Latin American literature at Cambridge, is hit by a car while crossing the street, immersed in a volume of Emily Dickinson's poems. Several months after her untimely demise, a package arrives for her from Argentina-a copy of a Conrad novel, encrusted in cement and inscribed with a mysterious dedication. Bluma's successor in the department (and a former lover) travels to Buenos Aires to track down the sender, one Carlos Brauer, who turns out to have disappeared.

The last thing known is that he moved to a remote stretch of the Uruguayan coastline and built himself a house out of his enormous and valuable library. How he got there, and why, is the subject of this seductive novel-part mystery, part social comedy, and part examination of all the many forms of bibliomania.

Charmingly illustrated by Peter Sís, The House of Paper is a tribute to the strange and passionate relationship between people and their books. 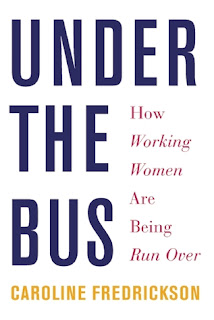 about book (summary from Goodreads):

Most Americans think that our country has done quite a lot to protect women and ensure gender equity in the workplace. After all, we have banned discrimination against women, required equal pay for equal work, and adopted family-leave legislation. But the fact is that we have a two-tiered system, where some working women have a full panoply of rights while others have few or none at all. We allow blatant discrimination by small employers. Domestic workers are cut out of our wage and overtime laws. Part-time workers, disproportionately women, are denied basic benefits. Laws are written through a process of compromise and negotiation, and in each case vulnerable workers were the bargaining chip that was sacrificed to guarantee the policy's enactment. For these workers, the system that was supposed to act as a safety net has become a sieve—and they are still falling through.

Caroline Fredrickson is a powerful advocate and D.C. insider who has witnessed the legislative compromises that leave out temps, farmworkers, employees of small businesses, immigrants, and other workers who fall outside an intentionally narrow definition of "employees." The women in this fast-growing part of the workforce are denied minimum wage, maternity leave, health care, the right to unionize, and protection from harassment and discrimination—all within the bounds of the law. If current trends continue, their fate will be the future of all American workers. 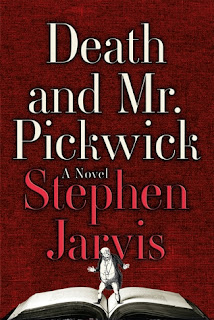 about book (summary from Goodreads):
Death and Mr. Pickwick is a vast, richly imagined, Dickensian work about the rough-and-tumble world that produced an author who defined an age. Like Charles Dickens did in his immortal novels, Stephen Jarvis has spun a tale full of preposterous characters, shaggy-dog stories, improbable reversals, skulduggery, betrayal, and valor-all true, and all brilliantly brought to life in his unputdownable book.

The Posthumous Papers of the Pickwick Club, featuring the fat and lovable Mr. Pickwick and his Cockney manservant, Sam Weller, began as a series of whimsical sketches, the brainchild of the brilliant, erratic, misanthropic illustrator named Robert Seymour, a denizen of the back alleys and grimy courtyards where early nineteenth-century London's printers and booksellers plied their cutthroat trade. When Seymour's publishers, after trying to match his magical etchings with a number of writers, settled on a young storyteller using the pen name Boz, The Pickwick Papers went on to become a worldwide phenomenon, outselling every other book besides the Bible and Shakespeare's plays. And Boz, as the young Charles Dickens signed his work, became, in the eyes of many, the most important writer of his time. The fate of Robert Seymour, Mr. Pickwick's creator, a very different story-one untold before now.

How awesome do these books sound?  A man on a mission to track down a woman based on her musings in a red notebook - plus, it takes place in Paris! OMG! You know that I am going to love that one.  I think The Red Notebook would be a perfect read for Paris in July.  Alvar's book, In The Country, sounds like short story heaven to me.  Plus, I love the cover! As for The House of Paper - a book about people and their love of books - how could I not want to read that?!?  Under the Bus explores working class women - a topic that is relevant and relatable.  From what I've heard about Lean In's lack of diversity, I'm thinking that Frederickson's new book just might be a bit more reflective of the majority of American women in the workforce.  As for Jarvis' novel - I'm always up for a book described as "Dickensian".  So, what do you think?  Not a bad bunch, eh?  I'm definitely excited to add them to my ever growing TBR wish list.  I'm hoping to get to all of them, sooner rather than later.  Let me know if you've read any of these and which one(s) are must reads. And now I'm off to read Kinsella's latest, Finding Audrey - its her first foray into the YA genre.  I'm pretty excited to read it.  Especially after finishing All My Puny Sorrows, which made me cry way too much.  I need something light and fun - Kinsella is always the answer.  Happy reading!

Posted by A Bookish Way of Life at 9:47 AM
Labels: Books I Want, fiction, Literature, nonfiction, novels, short stories

And not one of these I've heard of! You found some good ones!

Ti, thanks! And now you have some titles to add to your own TBR list :)

The Red Notebook and The House of Paper are on my TBR wish list, too. Let me know what you think of them once you've read them.

Lark, don't they sound awesome!! I'll definitely let you know and let me know when you've read them as well ;)

The Red Notebook does sound like the perfect Paris in July book!

Lisa, it does! I'm assuming that there will be a Paris in July - fingers crossed!

I've heard so many great things about The Red Notebook.

Kathy, I just found out about it and know that I have to read it ASAP!!

The Red Notebook does sound perfect for Paris in July. It's going to be another exciting year and I'm glad you're joining in again. There appears to be some book lovers joining in this year - so I look forward to a few good reviews. See you soon.

Death and Mr Pickwick is simply fantastic, a multi-layered feast of dialogue and story that will guide you through the mystery that surrounds the birth of the Pickwick Papers. As well as being hugely informative, it is also immensely readable. Never have 800 pages went so easily and so entertainingly.

The Red Notebook sounds perfect for Paris in July, which is taking place! (Oops, I just saw her reply two comments above! Anyway, we'll have a wonderful time, and now you've added a book to my list, thanks a lot! :) XOXO)

Tamara, it does! How thrilling! I can't wait to read some great books and what everyone else will be posting about. See you in Paris in July!

Anonymous, wow! You make this book sound brilliant! I can't wait to read it now - it definitely sounds like a book I am going to fall in love with. Cheers!

M, I know! I can't wait to read it! We will definitely have a wonderful time - hurrah! XOXO

Hope to see you during Paris in July!