British sweets. I went to the local grocery store, which has been remodeled and rearranged.  So, now I have to walk through each aisle to find anything, which is rather annoying.  However, as a result of walking through each aisle I came upon a new section devoted to British treats.  I'm talking Ribena, chocolate digestives, and custard creams. YUM!!  Talk about bliss!  I loved some of these treats when I lived in England, so I was stoked to see them in my local grocery shop.  I stocked up on the custard creams, bourbon creams and McVitie's Milk Chocolate Digestives (I wish they had the dark chocolate ones - oh well).  I enjoyed these sweets with my tea and coffee!  I just wish they had Jammie Dodgers.

Bret Easton Ellis.  I'm on an Ellis kick lately. Not sure why,but I find myself drawn to his books. I read Glamorama, which was crazy!  Victor is a male model who is opening a club.  He's self-absorbed, drugged out, and unaware of what is happening.  He's obsessed with making sure he stays relevant.  He cheats on his girlfriend (the IT girl of the modelling world).  He plans on opening another club that no one can find out about.  He's constantly quoting song lyrics instead of actual conversation.  He's paranoid that someone's following him.  He's a hot mess.  And the next you know he's on his way to London to look for someone from his past.  Except he winds up in Paris and mixed up with a vicious crowd who's responsible for terrorist acts - say what?  Oh, and its all being filmed.  I'm confused and so is Victor.  I'm not sure what even really happens in the story, except that I could not stop reading it. I was hooked. I will admit to being bored by the gratuitous sex scene ( it went on for pages ) and wanting to shake some much needed sense into Victor ( he drove me mad ).  It was definitely an interesting read.  Of course, I still craved more Ellis, so I picked up Imperial Bedrooms and reunited with Clay, Blair and Julian from Less Than Zero.  This book felt like vintage Ellis. It was filled with the usual mishmash of truths, secrets and lies.  Friendships were broken and tested.  LA and Hollywood were cliche to the extreme.  I found myself thinking back on Less Than Zero and how young the three friends were and how far they think they've come.  It was a quick and fascinating story with its sparse prose and disconnected tone. I loved it. 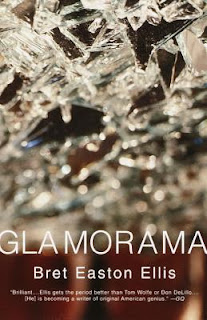 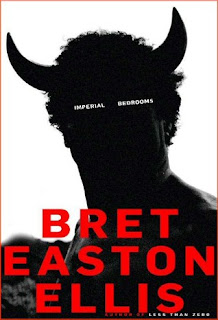 Don Henley.  Yes, I found myself listening to Building the Perfect Beast on repeat this week. Such a great album.  The Boys of Summer playing over and over in the background.  I couldn't help but wonder why I don't listen to my old CDs more often.


And now, I'm off to continue reading Andy Cohen's latest book, Superficial: More Adventures from The Andy Cohen Diaries.  I'm a Bravo addict and can't help but enjoy watching Andy on WWHL - so, yes, I'm reading his books.  They are filled with vapid and frivolous stories that I am enjoying, especially with all the name-dropping. Its silly fun and right now that is what I want to read.  I'm hoping to follow up Andy's book with the new Kinsella (comes out next February) called, My Not So Perfect Life; or I may read Zadie Smith's latest, Swing Time.  Hmm...I guess it'll depend on my mood if I'm up for something serious or something fun.  Anyhow, I'm off to read Superficial and eat some custard creams.

Boys of Summer is one of my all-time favorite songs. Now if only I had some yummy British treats to eat! :) Happy reading.

I didn't even know Andy Cohen had written a book. Love Bravo shows - they are definitely my guilty pleasure.