Let Them Call It Jazz by Jean Rhys 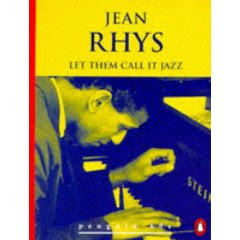 Let Them Call It Jazz:

Selina is a young woman who has no money, no home and no idea of what to do next in her life.  She came to England with the intent of becoming a seamstress at a shop in London, but has had no luck getting hired.  Instead she finds herself kicked out of the bedsit she rents weekly and learns that her life savings (30 pounds) has been stolen.   While having a sandwich and coffee, she meets a man who provides her with a new place of residence.  He owns a house and has a vacancy available.  Reluctant at first, Selina soon finds herself living in a worn down flat, spending her nights drinking and dancing outside in the yard.  The next door neighbors are unfriendly towards her and constantly tell her to leave the area.  This tension grows and eventually the police are phoned  - her dark skin and foreign accent have made the neighbors suspicious and they accuse her of being a prostitute, a troublemaker and a disturbance to the neighborhood.  Unable to defend herself, Selina winds up in front of the local magistrate and eventually jail.  She feels isolated, victimized and completely abandoned by everyone and everything.  Her only solace is in a song she heard a young woman singing in prison - the Holloway song.  Selina believed that the woman was singing that song to her and that was how and why she wound up in that prison - to hear that song.  However, when Selina's song gets jazzed up and sold for cash, she is saddened - this song was her only connection to a place, to a reality.  But she soon realizes that she has nothing and this song is an example of the nothingness she owns and so she lets go of the song.

Inez Best is not good. She is in hospital having surgery and suffering from depression.  She is surrounded by women - and she hates women.  Unsure of how to react to everyone and everything, she just lays there at first and listens to the chatter surrounding her.  Observing the women, she soon finds herself disliking them more and more.  And she soon realizes that she needs to stay in the hospital longer, because she has nowhere to go once she leaves.  Plus, she enjoys spending the day in bed, eating lunch, reading books and not having to do anything else - its an escape from her reality.  She heals slowly every day and when she finally walks herself to the bathroom to wash up, she encounters Murphy (another fellow patient) who gets tackled by a nurse - apparently Murphy was going to attempt suicide in the lavatory.  All the women question Inez when she returns from the bathroom - it seems that Murphy has a husband and two small children, but is so unhappy with her life that she has been trying to kill herself for quite some time.  The women are appalled and disgusted by Murphy and think she should be hung.  Inez, on the other hand, connects with Murphy, because she has contemplated suicide before, too.  When it is time for Inez to finally leave, she is given some money by the Mrs. Tavernier, the old woman with whom she first spoke to upon entering the hospital ward.  Inez accepts the money and thanks the woman.  In her head, she tells herself that the amount people are willing to give - whether it be monetary or their own personal time - is never enough to truly help someone who is as sad and depressed as she is.

Audrey is reading a book called Nothing So Blue and it provides details about insects, like the jigger ( a sand flea).  She is living a flat she shares with her best friend, Monica.  They both work as typists in a government building.  Audrey likes to read - she prefers the written word to life.  She would rather immerse herself in a book than in her own personal reality.  We find Audrey getting upset over the way the sales woman at a store bullies her into buying a short dress that fits her too big.  We follow her home where she remembers that she has not eaten all day, but is already running late to meet her friend Roberta for tea.  At first glance, she is envious of Roberta for living in a cute cottage and opening the door in a floral housecoat and plopping herself down on the couch like a film star would have done.  However, when Audrey really looks at Roberta, she realizes that the floral housecoat is actually made of old curtains and that Roberta doesn't look too glamorous after all.  They begin to discuss the insects in the book that Audrey is reading and Roberta explains how the creepy jiggers are mere sand fleas and tells Audrey not to believe everything she reads.  Eventually Audrey gets home and finds Monica making dinner and blasting the radio.  They argue a bit and Audrey lays down to sleep. She gets woken up by Monica who tells her to stop screaming or they will be thrown out of their flat - apparently Audrey was screaming about jiggers.

All three short stories vividly show the various forms of depression that these women suffer and they ways in which they choose to handle it or ignore it. The writing is excellent and truly showcases what a talented author Rhys was.  Her ability to bring up so many different, but important issues in such a short space of time is amazing.  Some of the issues she touches upon (aside from mental illness) are: racism, sexism, economic status, social class and identity.  Rhys is also able to fully develop the characters and provide a background for them without disrupting the flow of the short story line's plot.  Her tone is somber and haunting - the essence of each character's mental state of mind.  Overall, I would highly recommend this little book - its the perfect introduction to Rhys' writing style.  Enjoy!

Happy Reading! I'm off to figure out what book to dive into next. Cheers!!
Posted by A Bookish Way of Life at 10:37 PM
Labels: Jean Rhys, Let Them Call It Jazz, Literature, TSRC2010

mel-u, I am on the same page as you! I loved Wide Sargasso Sea- it's one of my favorite books by her. I got on a kick last year where I was trying to get my hands on as many Jean Rhys books as I could - I wanted to read them all. I just love her writing and voice!

Jean Rhys was just one of the best female novelists of the twentieth century in my view! I am with you and Mel on WSS.... She also had a very interesting life and much of her personal experience is reflected in these short stories - there is a good biography which came out I think last year.
Thanks for sharing a really well written and interesting review!
Hannah

This sounds fascinating! Thanks for introducing me to it because the title and cover are not something that would have grabbed my attention.

What an interesting little book - thanks for the review. Like Lisa said, I dont think the cover would grab me, but now if I see it, I might pick it up. I think there's always more to learn from other women's stories.

I loved Wide Sargasso Sea, too, and had no idea Rhys also wrote short stories. Thank you for the heads up!

Hannah, I completely agree with you! Jean Rhys is one of the best female novelists of the twentieth century! Her work is just amazing and I always get so much from it. I have that biography on my shelf and need to get it on my TBR list. It should definitely be an interesting read.

Lisa, this was a fascinating book. And I agree with you that the cover and title were not something that would normally grab my attention - it was the author's name that did that trick. :)

Tamara, I agree with you that there is always more to learn from other women's stories. Especially with Rhys' work, which deals with so many important issues that women face on a daily basis. She is an author that is worth reading.

Connie, Wide Sargasso Sea is one of my favorites! I remember thinking how interesting it was to read about the mad woman in the attic before she became 'mad'. Rhys' work is such good reading and her short stories are such prime examples of her talent. Definitely seek them out when you can- they are worth reading! Cheers!